Redemption Church exists for the mission and glory of God! Join Us Sundays @ 11:30 AM 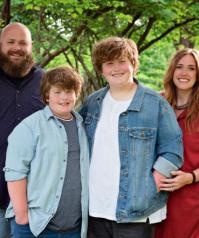 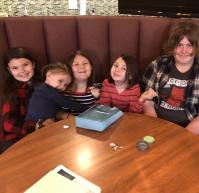 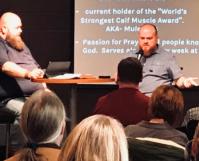 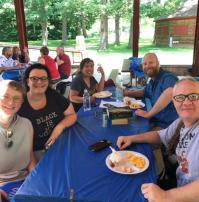 Adam and Audrey met in 2001 and were married in 2004 after Adam graduated from Trinity International University in Deerfield, Illinois, and now have two children: Shane and Nolan, as well as a couple of dogs, and a pet rabbit.

Adam has had the privilege of serving in a few diverse churches in different roles and locations. In 2008, both Adam and Audrey began to feel like God was calling them to plant a church in Boone County, Il.  To confirm that call, they participated in a Church Planting Assessment Center hosted by Converge MidAmerica.

In 2008 Adam and Audrey were invited to work alongside Gary Rohrmayer and help restart Meadowland Church in Johnsburg, Il.  While they only planned on staying for one year, God had other plans.

After serving at Meadowland Church for almost six years, the Reardon's sensed God was calling them to step out in faith and leave Meadowland to go plant a new church in Belvidere, Il.

After a lot of prayer and conversations, Meadowland Church agreed to release the Reardon's from ministry and send them out as missionaries to Boone County.

Adam is passionate about introducing people to the Jesus of the Bible and walking alongside people on their spiritual journey.

Adam and is Chicago Bears Fan enjoys spending time with his family and friends and smokes some mean backyard BBQ.